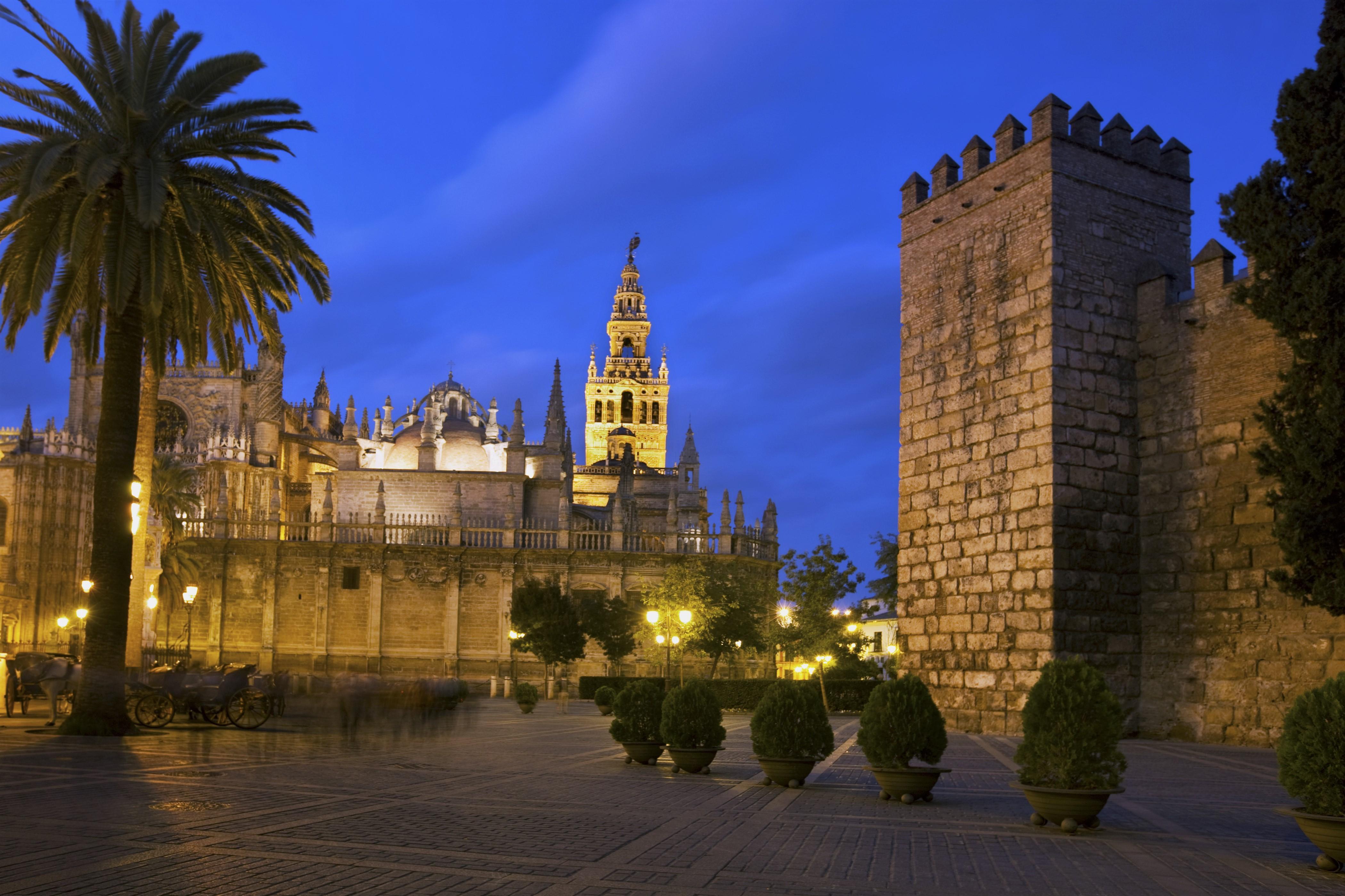 Our guided trip blended Jewish heritage, historic walks, good food, learning about Spanish flamenco, food & wines, historic hotels & transfers and meeting local Jews. Thanks also to Daniel for his care and conversations. We will suggest your private Jewish tours of Spain to our Rabbi” 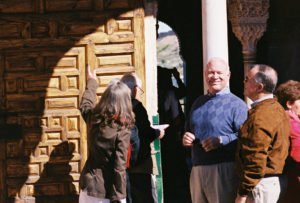 Along with Jewish heritage tours, our guest enjoy custom Spain luxury travel + priviledged access to enriching  cultural experiences, people and services to fit your taste. Options include:  fun cooking classes, helicopter tours, private chauffeured transfers, discover top Spanish winemakers, wines and wineries , enjoy  fine art of Picasso, Velazquez and Goya or sleep like a king in a medieval Spanish castle.  and other memorable services based on your interest and passions

Once the largest Jewish population in Europe, Spain offers a rich vacation destination for Jewish Heritage Travel and Tours. For maximum insight from an expert guide + social distancing,  the only good option is for private Jewish tours in Spain. As some of our own team have Sephardic Jewish heritage from Spain and Portugal we feel this is very important. Don’t miss the Jewish history in Córdoba, Seville, Granada, Madrid, Toledo, Barcelona and Girona Spain to name a few.

Ideas for Private Jewish Tours and Travel in Spain.

The profound story of Jewish Spain is a tumultuous one with ample amounts of progress, achievement and suffering. In fact the word Sefarad originally meant Spain. Until 1492 Spain had one of the world’s largest and most prosperous Jewish communities. Could it be that Spain’s inability to manage their rapid colonial infusion of wealth was related to the brain drain of the expulsion of the Jews from Spain?

It is known that before the expulsion many Sephardic Jews had served the different Spanish Catholic kingdoms of Castile, Navarra, Aragon and Leon as savvy advisors, tax collectors and as bankers.    => For more info about your very own private Jewish tour of Spain, contact us today. 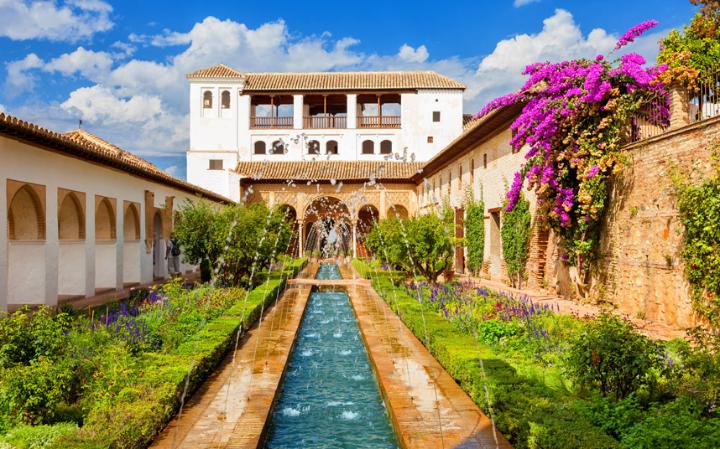 Spain is home to at least 10 centuries of active Jewish history. Some historians believe that Jews were in Spain in the 5th century BC.

Sephardic Jews lived in Spain (and Portugal) until the one religion Catholic edict of 1492 was approved by Queen Isabell & King Fernando. Ironically, King Fernando is said by some historians to have Sephardic heritage himself!

Throughout the country, visitors can wander through old Juderías – former Jewish districts – It was here where Spanish Jews lived until 1492 sometimes near the Moors.

Now, what are the top sights to find Jewish Heritage of Spain today?

If you fly into Madrid, be sure to do a private guided Jewish tour of Toledo, the ancient capital of Spain and/or Segovia.  If in Barcelona, don’t miss Girona north of Barcelona.

But the truth is the exotic south of Spain with a huge Mediterranean coastline where one can find the greatest amount of Sephardic Heritage in the smallest area.

Traditional Sephardic food is hard to find but as there is one we can suggest for out clients. Also there are a couple of places that make Spanish kosher food is prepared.

Andalusia is the leading Spanish Sephardic region of Iberia and is very convenient for visitors. The cities of Cordoba and Seville are the backbone of Sephardic heritage.

Granada does not have anything purely Sephardic to see but the amazing Alhambra Palace was apparently partially a result of Jewish contributions. It is a world class medieval site.

If you are interested in Sephardic Spain, Andalusia should definitely be on your itinerary for Jewish Spain. And it’s not just the highlights.

Be sure to spend plenty of time seeing some of southern Spain’s hidden gems, including places with a rich Jewish history. 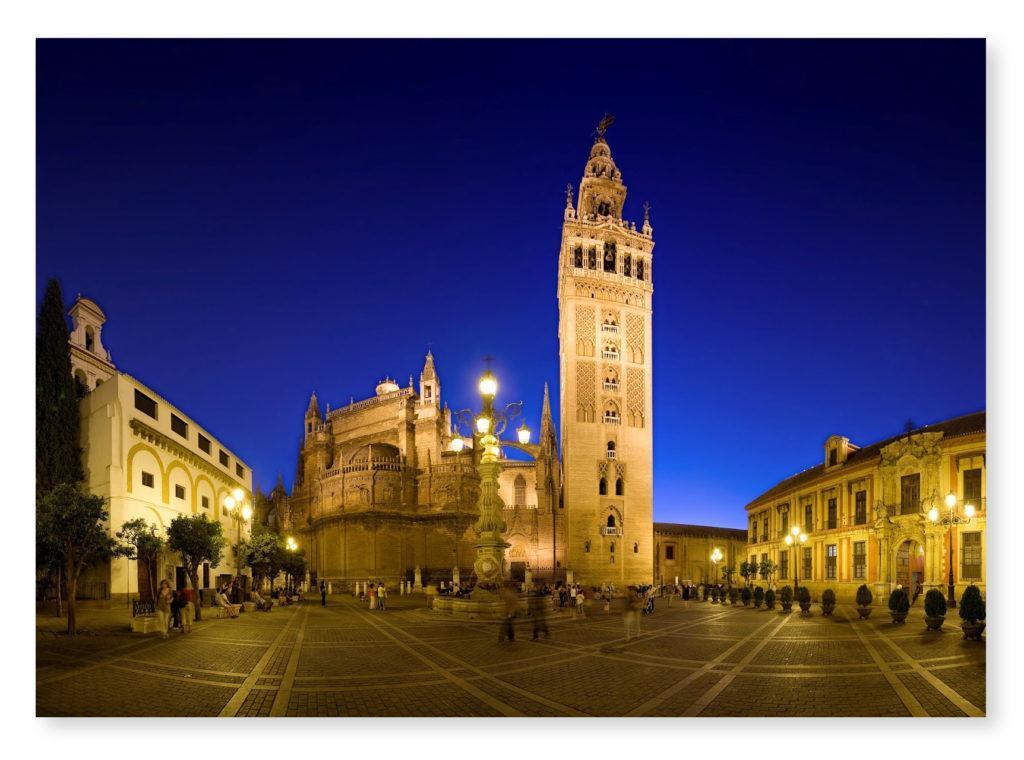 Seville is a river city that has been among the most prosperous cities in Spain. Like Malaga is has was an ancient trade outpost before the Roman Empire via the river with both the Mediterranean and Europe. Seville or Sevilla is the largest city in Andalusia and has a rich Sephardic heritage. The first Jews, as per some reports, arrived here as early as the 5th century BC.

Barrio Santa Cruz is the seat of Juderia, which today is popular with Seville’s tourists for its picturesque streets and proximity to the Cathedral and Alcazar Palace and Gardens used in Game of Thrones. And it is the largest Judería on the Iberian Peninsula.

Nowadays, the Santa Maria de la Blanca church is said to be the site of the largest synagogue in Seville. 1391 saw an attack on the Jewish quarter and the killing of many Jews in Seville.

The Jewish Culture Center offers guided walking tours of the Jewish Quarter and has exhibitions and information about the history of Seville Jews.

But it is Córdoba that is the main pillar of Sephardic Spain in our opinion.

Don’t miss the amazing story of the native son of Maimonides in Córdoba, Spain. Cordoba was also the Roman capital of southern Spain & Portugal, Hispania Betica.

Later with Jewish life ongoing, the Arab Moors took over around 711 and Cordoba became Europe’s most advanced city with gas street lamps & sewage systems in the 10th century

Wander through tiny flowered back streets to the old synagogue. It has Moorish architecture but look VERY closely for the Hebrew script.

He lived in Cordoba until it became dangerous for intellectuals due to a fundamentalist tribe from Morocco took power. You can find his statue in the middle of the small square that bears his name -Plaza Maimonides –

Just south of Cordoba, Lucena’s Jewish history dates back to the 11th century.

Founded by Jews during the Moorish rule of Spain. Eventually, the Moors also came to Lucena where they coexisted with the Jews until the one religion Catholic edict of 1492 by Queen Isabell & King Fernando. Ironically, King Fernando, is said by some historians to have Sephardic heritage himself.

More recently, in 2006, a Jewish cemetery was excavated as part of a routine building project. It is possible to see some undiscovered remains.

For those interested in the Spanish Sephardim a private tour of Lucena is a good option.

For more info about your very own private Jewish tour of Spain, contact us today.

Spanish cities with important Sephardic Heritage like Cordoba, Caceres, Girona, Seville, Hervas, Ribadavia, Segovia, Toledo and Tudela are part of a cultural and historic  preservation network called the Sephardic Way.  Other cities in Spain with important Jewish Heritage include Seville, Malaga and Granada although there little visible of the Jewish quarters in the last two cities.

The current Sephardic Jews, who are the descendants of Jews who left Spain and Portugal instead of converting, still make up an important part of the world Jewish population. Our Jewish Heritage program can be tailored to your dates and needs. Today there are active Jewish communities in Madrid and Barcelona among other places in Spain. On flexible private touring, enjoy Sephardic and UNESCO listed sites in and around Madrid, Barcelona, Seville, luxury hotels, chauffeured transfers and top bilingual guides.

P.S.   A few of the common surnames for Sephardic Jews from Spain or Portugal were:

Please contact us ASAP for availability for your private Spain Jewish Travel Tour to remember. To give our valued discerning customers more peace of mind & service while they are traveling with us, we accept only 5 private trips at a time.

For extra customer care, on certain dates, a Magical Spain expert can personally guide your private group of at least 8 persons.

Otherwise, we collaborate with select top guides in Spain. We look forward to helping you connect with Sepharad 🙂